The Advent Calendar competition of 2022 featured sections from eight different types of lace. These were all from my own collection, and I thought it would be of interest to show the pieces from which they originated, with information about them. Some of these also appear in Lace Identification: a practical guide by Gilian Dye and myself. 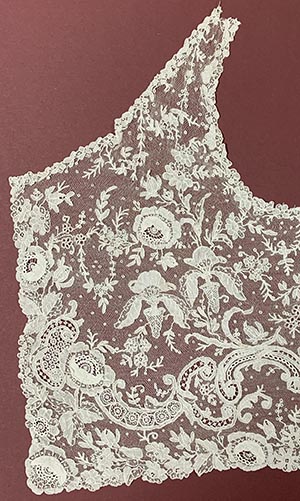 Point de Gaze lace, around 1900. Jacket or small bodice to accompany a long Point de Gaze skirt. This piece together with the skirt and several lace collars were brought to my local lace group by someone who was looking for information and hoped to be able to sell them to a museum or lace dealer. They had been in her husband’s family but she had no information about them so the museums I contacted were not interested in acquiring them. After being told that lace dealers might cut them up to decorate wedding dresses I decided to buy them myself. 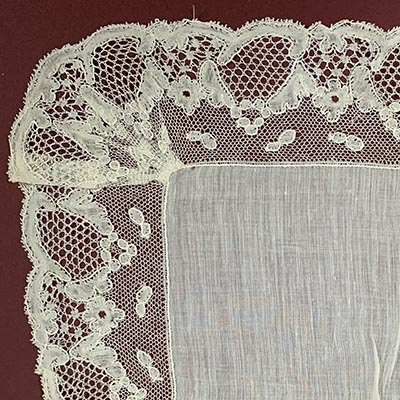 Bucks Point lace, around 1900. Lace with the same pattern as this handkerchief edging appeared in the North Bucks Lace Association catalogue produced about 1900. It was called Gretchen and was offered for sale at 10s 6d per yard. I bought the handkerchief at an IOLI Convention several years ago. I have two other related lengths of lace, one bought at a Lace Guild Convention in England and the other at an OIDFA convention in France. 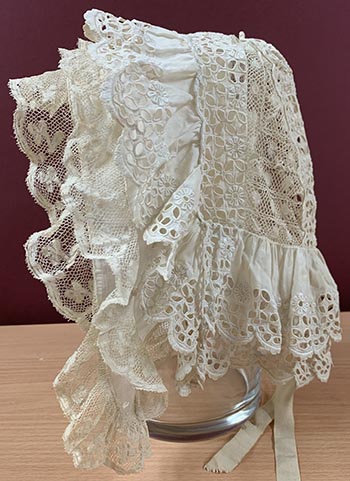 Lady’s cap, hand-stitched with layers of hand-made Valenciennes lace and Broderie Anglais, 19th century. The cap is part of a collection of lace given to me by a former student, as are the laces on the 11th and 23rd December. The Fan and the Brussels Application Stole in this section came from the same student.

Insertion of Mechlin lace, late 18th century, 5cm wide. There are half motifs on both sides so it was possibly meant to be joined to make a larger piece.

Edging of Alençon lace, probably early 19th century, about 6cm wide. The main ground is Argentan with small areas of Alençon ground near the headside. 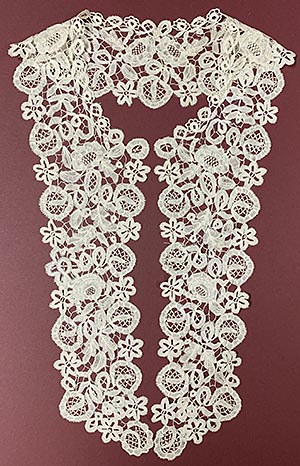 Honiton lace collar, late 19th century. The section shown in the Advent Calendar is from near the top of the right-hand side but has been reversed. 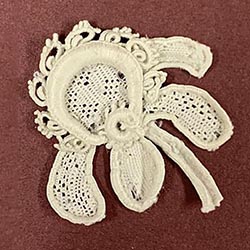 Motif of Gros Point lace, 17th Century, about 3cm wide. It came from a bag of tiny needlelace motifs found in a bag in a court dressmaker’s workroom and was probably once part of of a large piece. 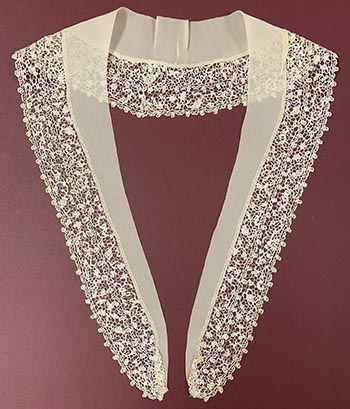 Early 18th century Point de France needlelace, probably remodelled to make a collar in the 20th century. Made up of two lengths joined side to side, about 6cm wide, 110cm long. The main feature distinguishing this from Point de Neige (suggested in some answers) is the lack of elaborate decoration on the brides (button-holed bars) linking the motifs.